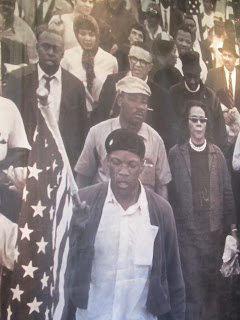 I spent five incredible days in Alabama, with 43 other teachers as part of the Teaching American History (TAH) program, a federally funded grant program teamed up with the Rhode Island Historical Society (RIHS) and the Gilder Lehrman Institute of American History. One of the goals of this project is to give teachers more content knowledge and a greater understanding of traditional American history and to help bring this content to life in the classroom. In my estimation, this program has achieved that and more. 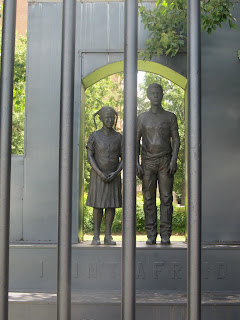 We traveled along the Freedom Trail through Birmingham, Selma, Montgomery, and Tuskegee. We visited museums, Civil Rights Institutes, churches, one-room school houses, and Tuskegee University. It was a fascinating and poignant look at the Civil Rights movement in the early 60's. The people we met told us stories that made us cry and stories that made us sit up and take notice. Many of them were teens at the time of the movement and some were "foot soldiers." These were people and children who marched for civil rights and were often incarcerated just for marching peacefully in a public place. Hundreds, sometimes thousands, would be arrested for marching. The children could not reveal their names for if they did, their parents would lose their jobs. They would be held in barns or large fields until placed in jail cells, and often would be held for days, even weeks. They would be wearing the same clothes and given little food. But they weren't afraid. They had faith and that's what kept them going. 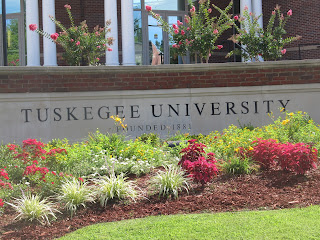 It was a spiritual movement and they often sang spirituals while waiting to be freed or working together. They were taught to be nonviolent at an early age. They knew that if they fought back, it would become an "all-out war," and this was a peaceful movement. They met in churches. Monday Meetings, they called them, where they organized themselves and were given lessons on how to be nonviolent. 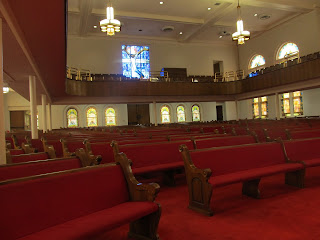 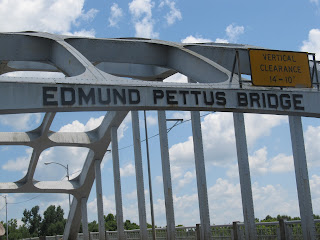 We visited Dr. Martin Luther King Jr.'s church in Montgomery where he was pastor beginning at the age of 24, and his parsonage where two of his children were born. We went to the 16th Street Baptist Church in Birmingham where four young girls were killed during a bombing. We toured Tuskegee Institute and Booker T. Washington's home. Two of the students gave us a tour of the home and told us how the first students made the bricks that were used to build the institute. "Founded in a one room shanty, near Butler Chapel AME Zion Church, thirty adults represented the first class - Dr. Booker T. Washington the first teacher. The founding date was July 4, 1881, authorized by House Bill 165." 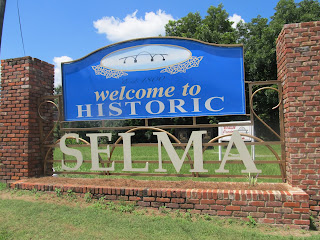 In Selma, we walked two-by-two over the Edmund Pettus Bridge where in 1965 armed policeman attacked peaceful civil rights marchers who were marching for the right to vote. Bloody Sunday, as it is now called. This horrific event helped to bring about change and The Voting Rights Act of 1965, making discriminatory voting practices illegal.

As teachers of history, it is now our mission to bring this piece of our country's history back to our students, without "watering down" what really happened. Everyone should take the Freedom Walk and discover what the Civil Rights Movement was truly all about. And how it continues today...